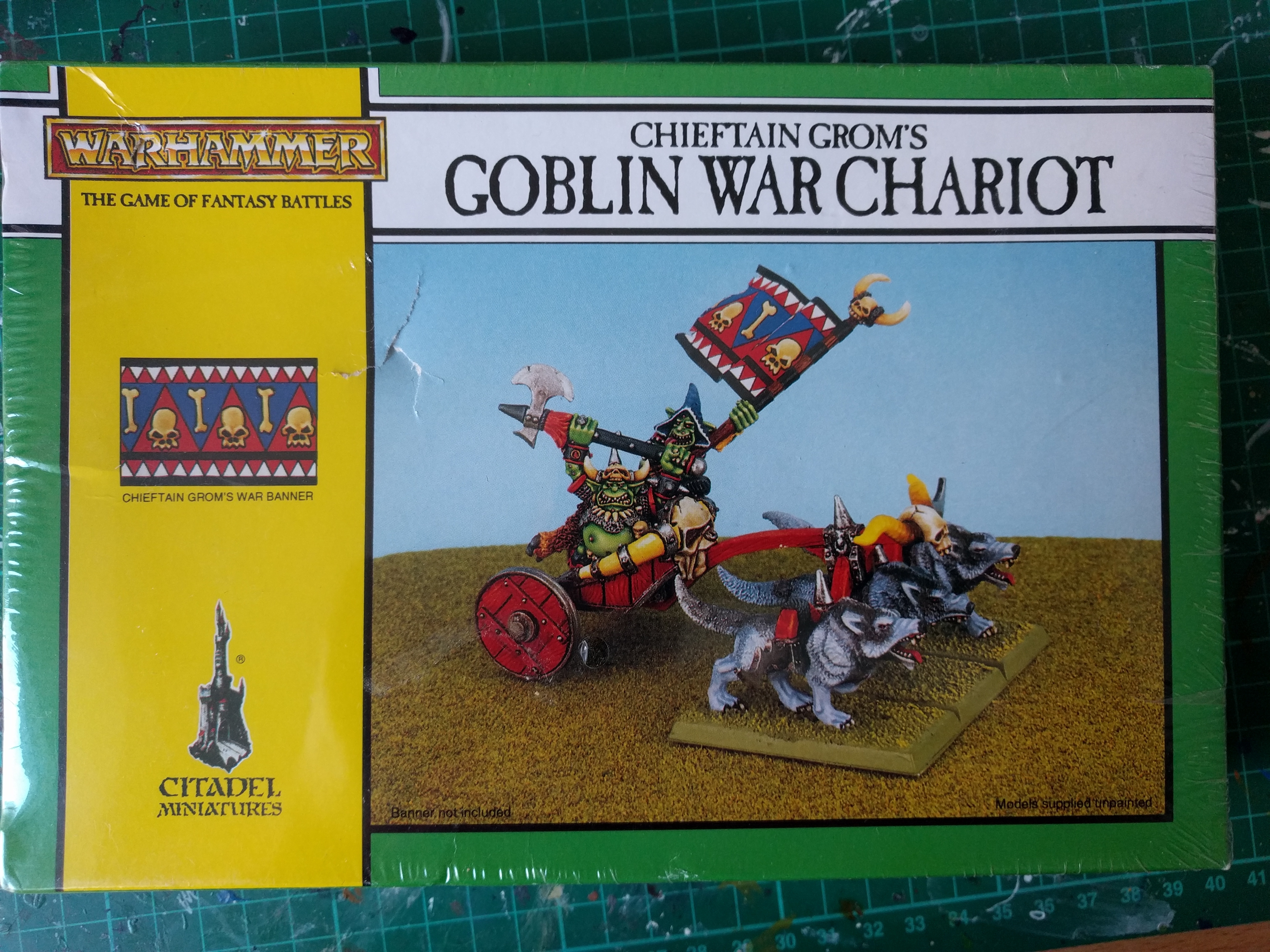 The Goblin Wolf Chariot is a smaller and lightly armored Goblin variant of the more heavily-armored Boar Chariot, that is drawn instead by two of the largest wolves within a tribe, fulfilling their roles as a faster variant of shock chariot. It wasn’t long after they first started using the Giant Wolf as cavalry that Goblin tribes began to construct and field the first wolf-drawn chariots into battle. Cobbled together out of crudely hacked wood or scavenged materials and lashed tight with gut-string cords, these crude yet formidable chariots are held as a sign of status within many Greenskin tribes. To be able to rumble across a battlefield mounted on top of a chariot is a clear sign that the crews riding it is held with some importance within the army. Many tribal chieftains prefer to ride in chariots, trying to outdo their rivals by having the fastest and flashiest contraption around.[1a]

Be the first to review “Goblin War Chariot” Cancel reply