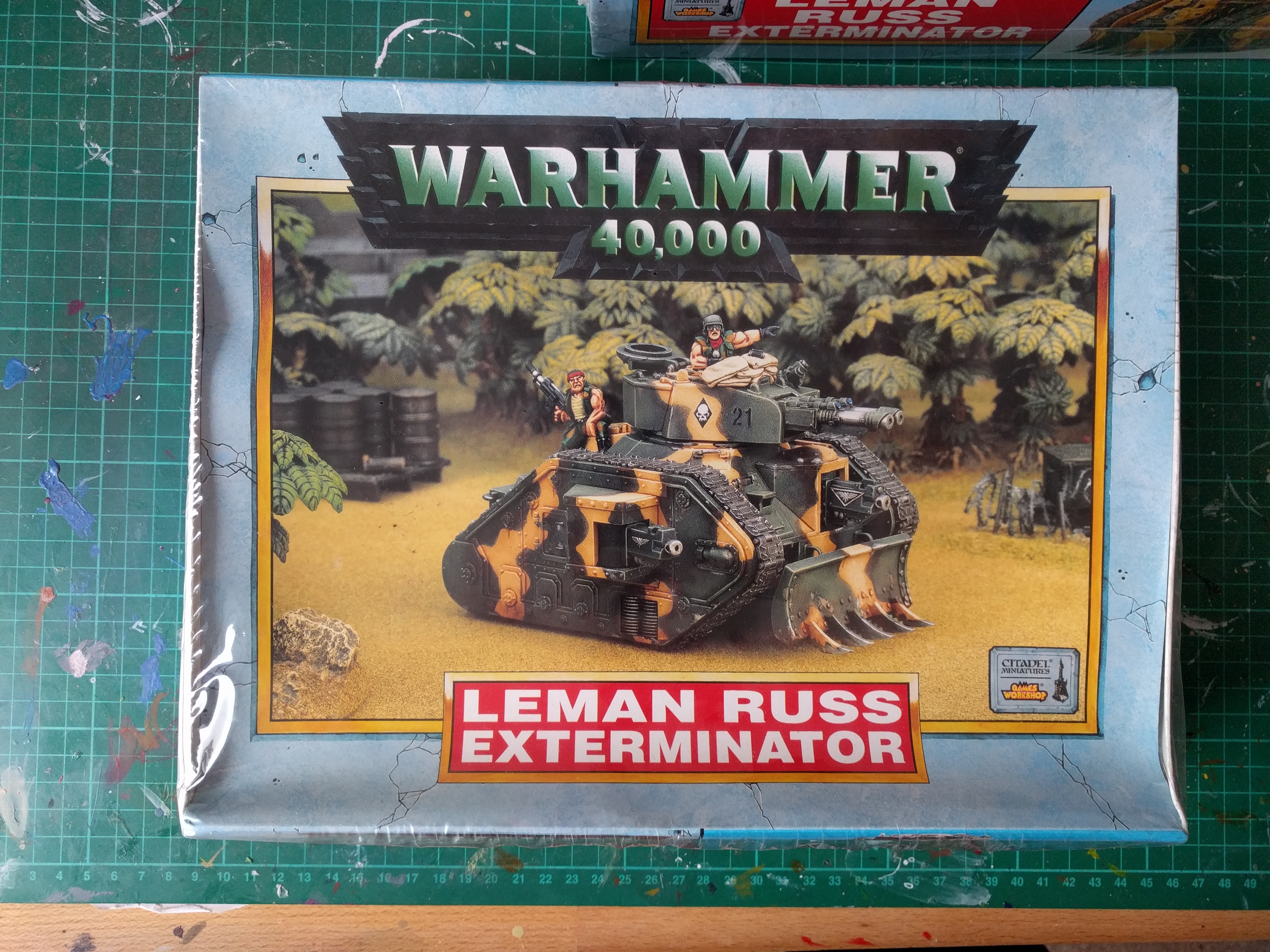 The Exterminator’s twin Autocannons are synchronised to fire bursts of heavy-calibre, high-velocity shells equally effective against infantry and light vehicles,[2a] making it an ideal platform for combating hordes of Orks or Tyranids. In addition to its ability to lay down a withering hail of fire the Exterminator is also slightly faster than a Leman Russ thanks to the reduced size of its weapons. Many tank companies will include at least one Exterminator to use in the reconnaissance role, ranging ahead of the company to seek out enemy tanks. Exterminators are also frequently attached to their parent regiment’s reconnaissance company, providing it with heavier firepower without negatively affecting the unit’s speed and mobility. In an emergency the Extermiantor has also been used as a stopgap anti-aircraft tank; although its ability to throw up a wall of fire against enemy attacks may enjoy some excess, the tank’s lack of elevation and proper targeter gear limits its utility in this role.[1a]

The Exterminator is generally equipped with Heavy Bolters in its hull mount and (if equipped) side sponsons to provide additional firepower.[1a] The hull mount can instead be fitted with a Heavy Flamer or Lascannon as well as Heavy Flamers, Multi-meltas or Plasma Cannons on the sponsons. A Searchlight and Smoke Launchers are standard on the Exterminator and it can be upgraded with Camo Netting, a Dozer Blade, Extra Armour, a Hunter-Killer Missile and a pintle-mounted Heavy Stubber or Storm Bolter.[2b]