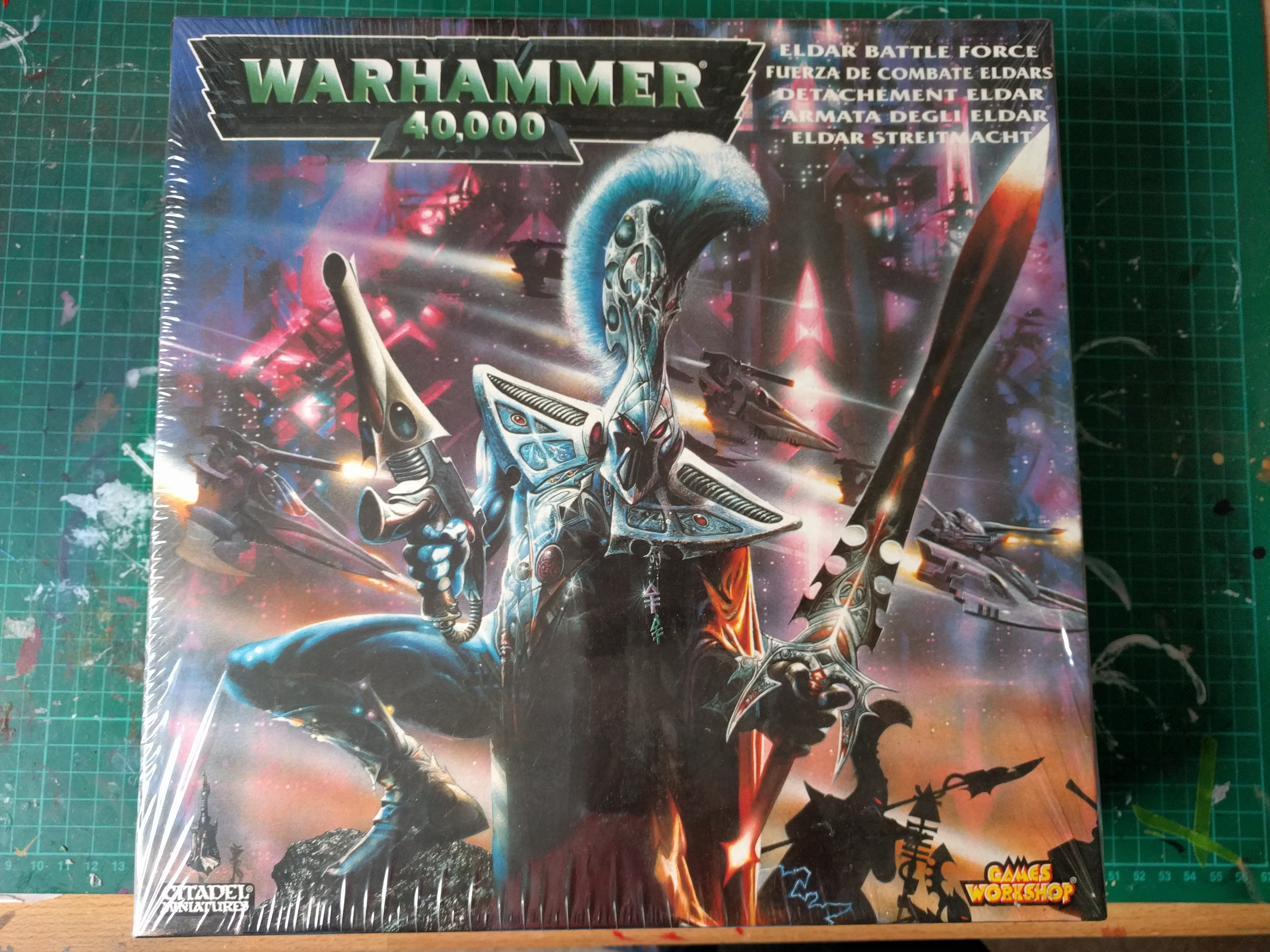 Superficially, the Eldar appear very similar to humans, though they are generally taller and slimmer, with sharp features and pointed ears. They are long-lived by human standards, and most will live more than a thousand years unless they die from accident or disease. Eldar also have much faster metabolic rates than humans, and their cardiac and neurological systems are more advanced. These traits manifest in their vastly heightened reactions and agility compared to humans. To them humans seem to move in slow motion with a certain degree of awkwardness, while to humans the Eldar can move with distracting grace and can be blindingly fast in combat. As a race they have a high level of psychic ability, which serves as the foundation of their technology. The Eldar that actively cultivate their psyker potential seem to exhibit a much-extended lifespan as well, one proportional to their prowess. The Farseers of the Eldar can live for several thousand years. Eldar are mentally far superior to humans, and feel all emotions much more strongly, requiring the Eldar to exercise constant restraint to avoid mental breakdown.[Needs Citation]

Eldar seem to reproduce in stages, with new genetic material being added by the father to the developing embryo over an extended period. This process is ill-understood, but Eldar autopsies are suggestive of it.[Needs Citation] It is however known that the Eldar gestation cycle is much longer than for most other races.[4]

The existing Eldar are essentially a refugee population, the scattered remains of their former strength and power. Even in such straits, however, they are still a powerful force in the galaxy. Once, ten thousand years ago, the Eldar were among the most powerful and dominant races of the galaxy, dominating a significant portion of the galaxy and secure in their prosperity. Although there were other races of advanced technology and military power, none were in a position to seriously threaten the state of the Eldar nation. When it came, the disaster was internal. Consumed by arrogance and with no need for substantial work or labour, the Eldar began to pursue any curiosity or desire. Rapidly, cults devoted to exotic knowledge, physical pleasure, and ever-more outrageous entertainment sprang up. It did not take long for many of the Eldar to take a darker path, descending into dark study, instant fulfillment and unbridled violence, beginning the Fall of the Eldar.

Many of the Eldar grew uneasy with the actions of their comrades, and the wisest of the Seers warned that the path could lead only to evil. Disgusted, some of the Eldar left the central worlds of the Empire to settle on the outlying regions, while others stayed to try and alter the path their race had taken.

While this would have been destructive within any society, it was even more damaging for the Eldar. Within the parallel realm of the Warp, the psychic emanations of these activities began to gather, strengthened by the souls of departed followers and cultists. As the Eldar vices grew, this collection did as well, until it eventually came into a life of its own. It finally came to consciousness as Slaanesh, Devourer of Souls and doom to the Eldar, for the psychic scream of its birth tore the souls from all the Eldar within a thousand light years of it. Its awakening was so forceful that it tore a hole between physical space and the Warp, plunging the Eldar homeworlds into a limbo of partial existence. This region is now known as the Eye of Terror, and is now the home of the forces of Chaos. Many Eldar survived the Fall and remain trapped within the Eye on the homeworlds of the Eldar, the Crone World, and are enslaved to Slaanesh.[Needs Citation]

Be the first to review “Eldar Battle Force 1999” Cancel reply