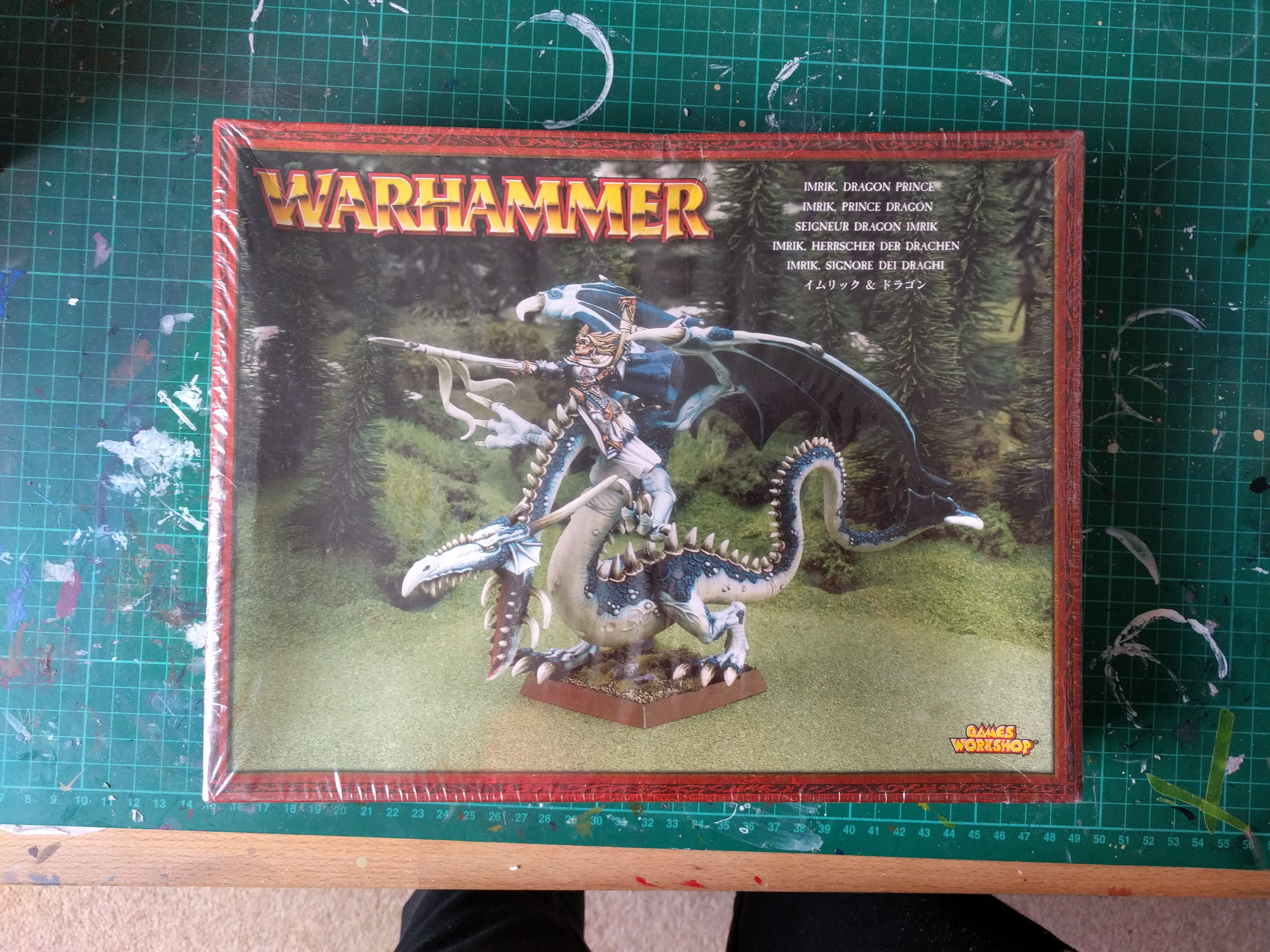 Prince Imrik was a mighty Dragon Prince and one of the High Elves greatest warriors.

Caledor is now a silent realm. No longer do the skies ring with the cries of dragons and the roar of their fiery breath. No longer do the caves rumble with their sounds nor the earth shake beneath their heavy tread. Instead, there is nothing but the hollow echo of the Elves’ footsteps in the ancient halls.

Most noble of these princes of dragons is Imrik, the last of the line of the Phoenix King Caledor. It is he who is one of the few who can wake the dragons in times of need, and then only a few. Gone are the days when his followers rode into battle atop mighty fire drakes. Now it is Imrik alone who fights in the traditional manner of his house.

And fight he does. In defence of his homeland, and indeed of all Ulthuan, Imrik is a stalwart bastion of strength. Together with Tyrion, descendant of the great house of Aenarion, and the deadly Eltharion, he stands as an unbreathable wall between the many foes of the High Elves and the mystical isle of Ulthuan.

Imrik was counted among the greatest warriors of Ulthain, astride his ferocious Dragon he was a force of destruction upon the battlefield.

Be the first to review “Dark Dragon Prince” Cancel reply