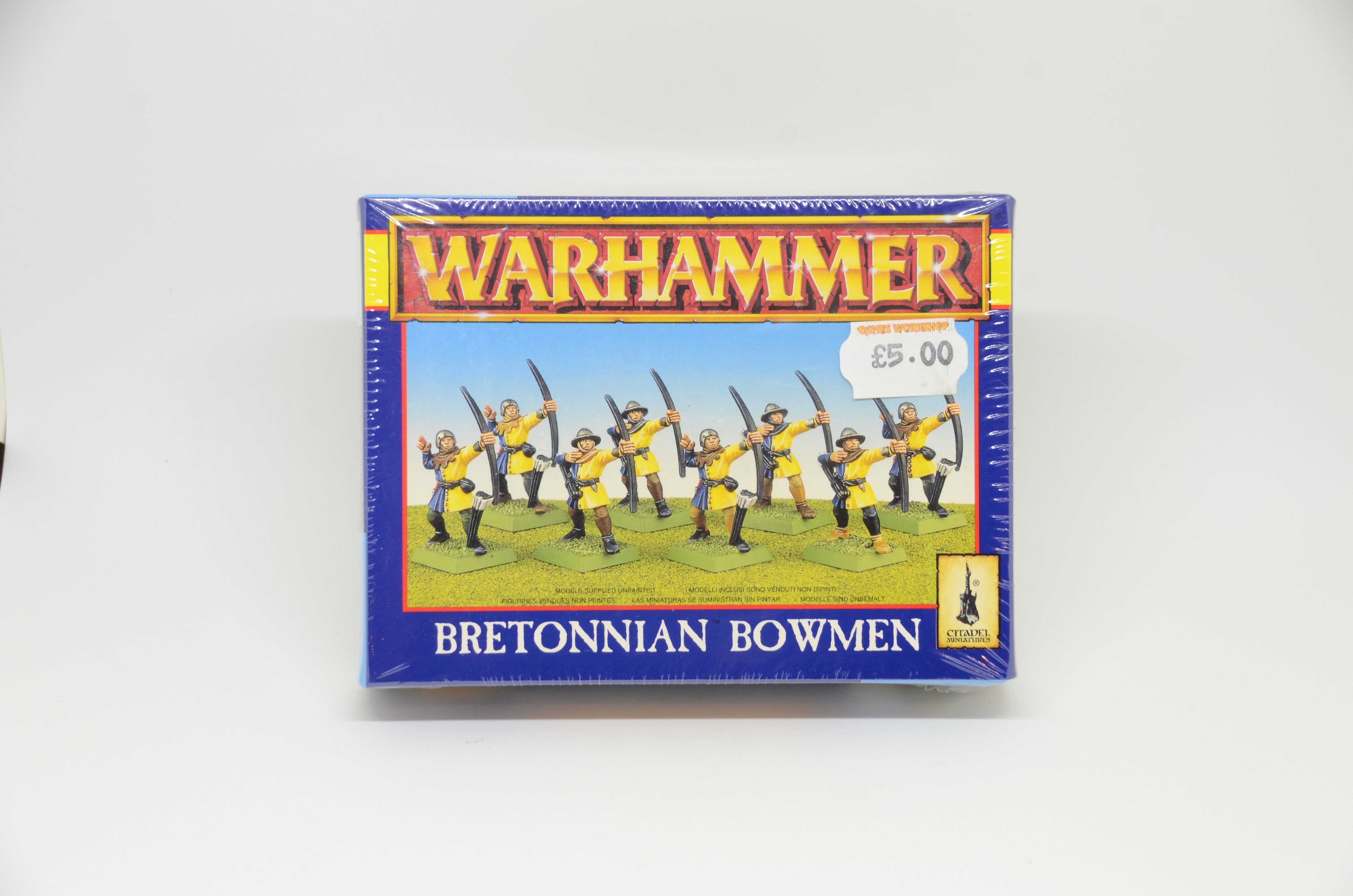 Peasant Bowmen are the most basic support infantry fielded by the armies of Bretonnia. It is customary within Bretonnia for every peasant to learn, willing or not, how to use a longbow. This custom is usually enforced by a local Bretonnian Lord as a means of training their peasantry should the call to war be sounded. Once war is upon the horizon, every able-bodied peasant is encouraged to serve in the armies of Bretonnia as a dedicated holding force.[1a]

On many occasions, peasants are simply pressed into service alongside the more adequately equipped standing companies of Men-at-Arms, bulking out ranks thinned by casualties or sickness. However, most are employed as levies of longbowmen who are expected to engage enemies unworthy of a knight’s attention. Though the tenets of the chivalric honour forbid a knight to use any kind of missile weapon, there is, of course, no such restriction on the peasants who are not expected to know better.[1a]