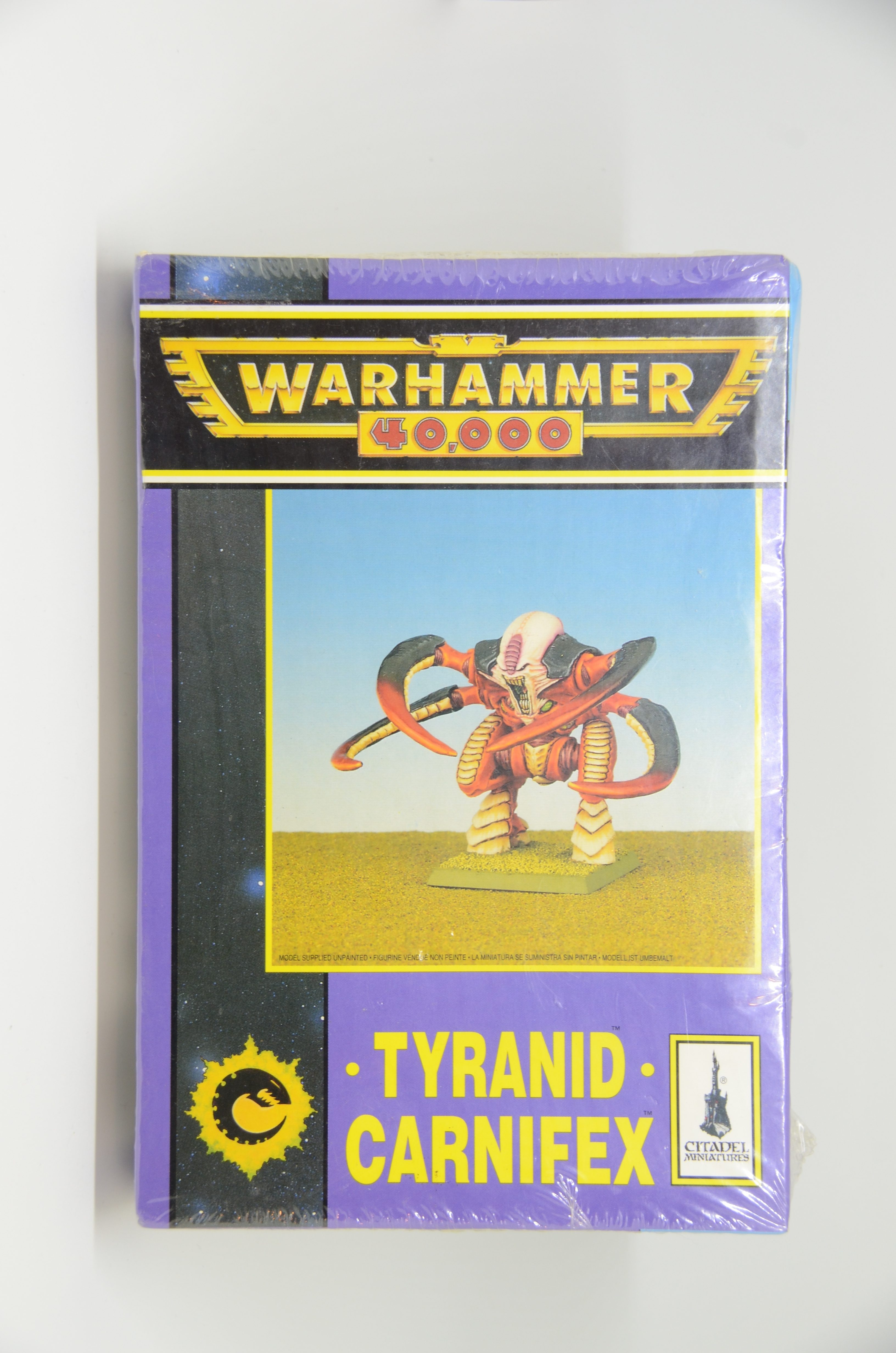 The Carnifex or Carnifex Primus (Carnifex voracio, Carnifex vorantii, Carnifex ululare, Carnifex arbylis, and the Carnifex bilius) is a monstrous creature that essentially acts as an organic main battle tank for the Tyranid Hive Fleets. It is armed with the most advanced Tyranid Bio-Weapons and is used primarily as a shock trooper to carry out starship boarding actions, frontal shock assaults on entrenched positions and for besieging fortified locations or enemy armour formations. As Tyranids are constantly evolving their forces, many different species of the Carnifex exist. However, all Carnifex share some common characteristics: they are very large creatures, standing significantly larger than a man; they have a thick carapace, which provides excellent protection from damage, and they frequently use some of the bio-weaponry utilized by the Tyranids. They are comparable to the Space Marine Dreadnought and Ork Killa-Kan in tactical use. A Carnifex is a living engine of destruction that is impervious to small arms fire. Any Carnifex can be mutated to possess Thornback Armour, a Barbed Strangler, Spore Cysts, a Venom Cannon, or to project burning Bio-Plasma.

Be the first to review “Tyranid Carnifex” Cancel reply