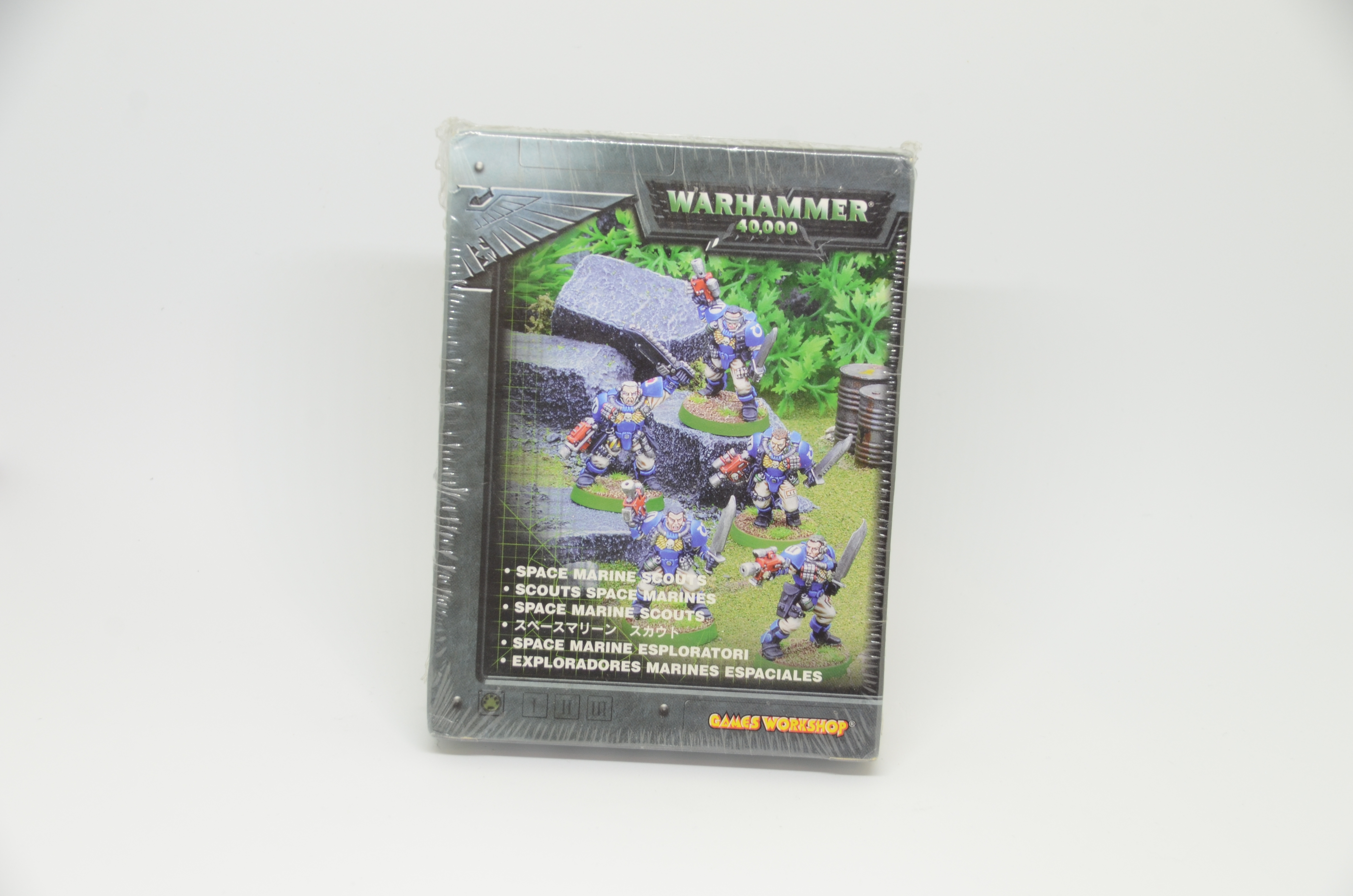 Scouts are the new recruits of a Space Marine chapter who have advanced far enough in the early stages of their training and biological transformation to take part in battle with the rest of the Chapter.

More lightly armed and armoured than full Battle brothers, their role is to range ahead of the main Space Marine force, preparing the way for the main advance by infiltrating enemy lines, sabotaging and gathering intelligence – causing as much chaos and disruption as possible. Every Marine belonging to a Codex chapter begins his combat life as a Scout. Over a period of several months, under the tutelage of a Sergeant, the Scout learns the use of all the weapons at the disposal of the Adeptus Astartes, and becomes skilled at every aspect of war[1a].

As part of a Scout Squad, a Scout enters combat for the first time as a skirmisher, or an infiltrator. Relying on stealth rather than brute force, Scouts slip behind enemy lines, gather intelligence, destroy strategic targets, and capture or assassinate key enemy commanders, then fade away before the enemy has had a chance to react[1a]. Because of their speed and stealth, Scout Squads are often assigned to boarding actions against Tyranid Hive Ships, or to search-and-destroy missions against key synapse creatures that direct the rest of the Hive Mind. For these missions, their armament often includes Heavy Bolters loaded with Hellfire rounds[1a]. During the final stage of their training, Scouts are trained in the use of Bikes, performing a faster-moving version of the reconnaissance and skirmish roles they fulfill on foot[1b].

Off the battlefield, the scouts train and learn under the tutelage of a veteran Sergeant, taking to heart the lessons and skills that will one day see them elevated to the rank of a full battle brother. A Scout receives his final implant, the Black Carapace, when he is deemed ready to join the Chapter as a full Battle-Brother – the implant marks him as a full Marine and allows him to interface with his suit of power armour[Needs Citation].