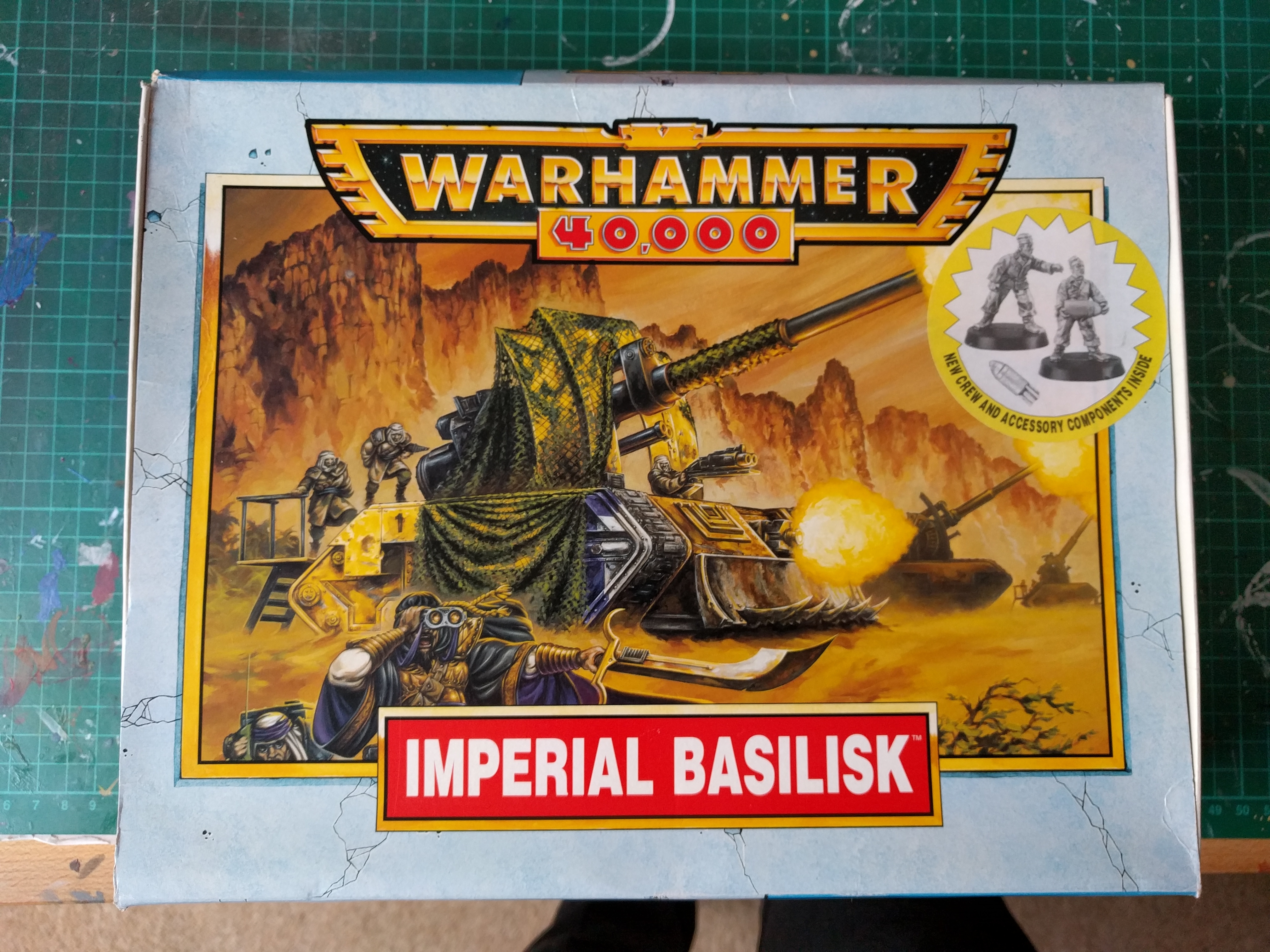 The Basilisk is the standard mobile artillery piece of the Imperial Guard in the 41st Millennium, and is also the most common artillery piece used by the Imperial armed forces across the galaxy. The Basilisk is produced in vast numbers on all of the known Forge Worlds in the Imperium, and almost every Imperial Guard regiment maintains several in their arsenal. The Basilisk uses the same versatile and rugged chassis used by the Chimera armoured personnel carrier, and retains all of its features with the exception of its troop compartment, which is replaced with the Basilisk’s main gun and gunnery platform. There are several different patterns of Basilisk tanks produced on different Forge Worlds, such as the Armageddon and Vanaheim Patterns, which offer enclosed crew compartments to help protect the gunnery crew from small arms fire. A Basilisk with an enclosed crew compartment is incapable of firing as far as the open-topped version, due to the recoil restrictions of the enclosed crew compartment.

The Basilisk is used to provide direct artillery support for other Imperial units that are fighting on the frontlines. Unlike other Imperial Guard artillery units such as the Griffon and the Bombard, the Basilisk is capable of leveling its weapon at the ground and can directly engage enemy units. The most common role for the Basilisk is the indirect bombardment of enemy units and fortifications, and it is usually held near the rear of the frontline alongside the Medusa and Manticore mobile artillery pieces. When the situation requires it, a Basilisk can be pressed onto the frontline and used as a direct fire tank hunter or assault howitzer, but due to the vulnerability of the Chimera’s chassis to heavy weapons fire and the vulnerability of its crew, the situation will have to be dire indeed for a commander to order his Basilisks into the thick of the fighting.