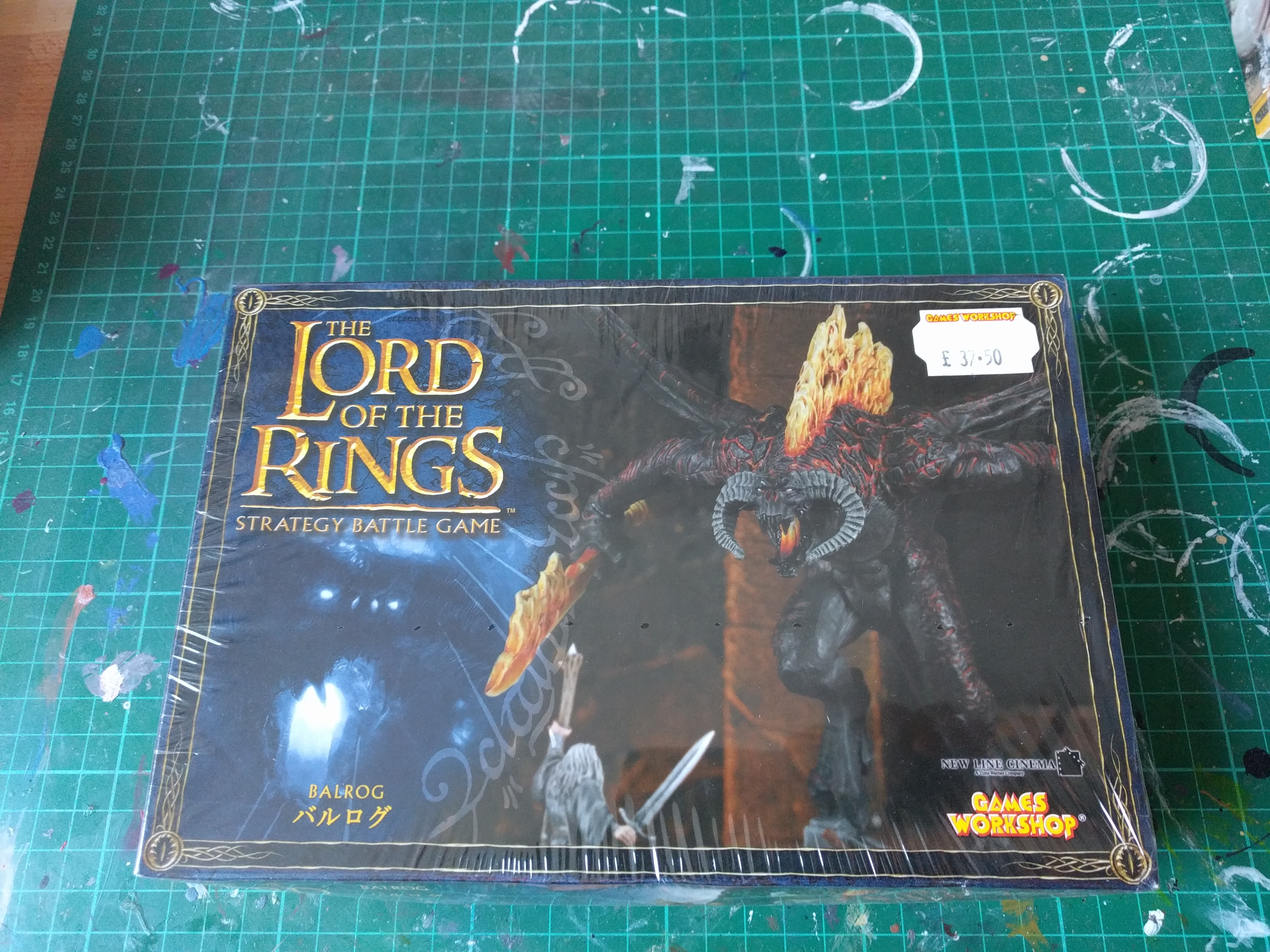 Lord of the Rings – Balrog

Originally, Balrogs were Maiar that were later persuaded by Melkor before the Awakening of the Elves. Their first dwellings had been Utumno, but after their master’s defeat during the War for Sake of the Elves, the Balrogs and other creatures in Melkor’s service escaped and went to Angband.[3]

Years of the Trees

Balrogs were present as early as the Years of the Trees when Melkor and Ungoliant went to Valinor and destroyed the Two Trees. By then, the Balrogs remained in the pits of Angband. After Morgoth destroyed the Trees with Ungoliant, he came to the ruins of Angband to renew his rule in Middle-earth. A disagreement with Ungoliant led to her attacking him, and Morgoth gave out a great cry that roused the Balrogs from their slumber. In a tempest of fire, the Balrogs drove Ungoliant away and prepared to pursue her. However, they were halted by Morgoth and returned to Angband, which shortly thereafter was constructed anew.[4]

When Noldor managed to win the battle Dagor-nuin-Giliath, Fëanor, still in a great rage, pressed on toward Angband. He came even within sight of Angband, but was ambushed by a force of Balrogs, with few elves about him. Soon he stood alone, but long he fought on with all Balrogs alone, so how was mightiest the strength, valour, and endurance, of all the Children of Iluvatar, though he was wrapped in fire and wounded with many wounds. But at the last Gothmog, Lord of the Balrogs, smote him to the ground, inflicting a mortal wound.

Maedhros, Fëanor’s son, persuaded the forces of Morgoth for a feigned treaty, but Morgoth sent his Balrogs. The entire company was slain, except for Maedhros, who was later brought to Angband.[5]

Years later, during the Dagor Bragollach, the Balrogs, along with Glaurung and Orcs, were issued forth from Angband assault the fortresses of the Elves and to kill their allies, the Men.[6]

The Balrogs fought during the Nírnaeth Arnoediad, where Gothmog led the invasion. He threw aside Húrin and Turgon, turned upon Fingon and killed him with the help of another Balrog, securing the field for Morgoth’s forces. He also captured Húrin, after Húrin was buried under a mountain of slain foes. He bound the human warrior and delivered him to Angband, whereupon Morgoth attempted unsuccessfully to pry the location of Gondolin from him.[7]

In FA 510, during the Fall of Gondolin, the Balrogs rode upon the backs of dragons to reach the hidden city of Gondolin. The Lord of the House of the Fountain, Ecthelion, managed to kill Gothmog at the cost of his own life. While attempting to escape the burning city, Glorfindel and his companions were blocked by another Balrog. To save Tuor, Idril and their young son Eärendil, Glorfindel fought the Balrog on a cliff and cast it down, but he was pulled down with the Balrog to their deaths.[8]

The last of the Balrogs fought in the War of Wrath and were destroyed, though some managed to escape and hide in the caverns of the earth.[9]

In TA 1980, a Balrog awoke in Moria when the Dwarves had mined too deep for Mithril. It drove the Dwarves out of their home and slew King Durin VI, and the Balrog was thereafter called “Durin’s Bane“.[10]

During the War of the Ring, the Fellowship of the Ring passed through Moria and encountered Durin’s Bane, which pursued them to the Bridge of Khazad-dûm. Gandalf the Grey fought the Balrog, allowing the Fellowship to escape Moria.[11] Both fell into the abyss, but the battle continued at the peak of Zirakzigil. Finally, it ended, but both Gandalf and Durin’s Bane were slain in the process. Gandalf was later “sent back” by the Valar, as Gandalf the White.[12]

A Balrog generally took the form of a tall, menacing being roughly in the shape of a Man, having control of both fire and shadow and wielding a fiery whip with several thongs; Gothmog, the Lord of Balrogs in the First Age, used an axe as well. They induced great terror in friends and foes alike. Many who faced Balrogs referred to them as “creatures of fire and shadow” or simply “shadow and flame.”

In his published works, Tolkien depicts the Balrog as being barely a shape wreathed in shadow and flame, possibly man-shape, yet greater. Balrogs seemed to encapsulate and project power and terror. Additionally, Tolkien refers Balrogs with “streaming fiery manes”.[13]

Additionally, they may have been able to alter their body structures on occasion, as in the battle between Durin’s Bane and Gandalf, when the Balrog fell into a body of water he shifted himself into something gelatinous.[citation needed] However, it is also possible that this alternate form was simply Gandalf using colorful language to describe what the Balrog was like after having its flame extinguished and being covered in water.

Balrogs were powerful creatures. They were amongst the most trusted and oldest servants of Morgoth, and it was said that, of Morgoth’s servants, only winged Fire-drakes were more terrible to battle.[14]

In other writings, Balrog is derived from ñgwalaraukô (“demon”).[16]