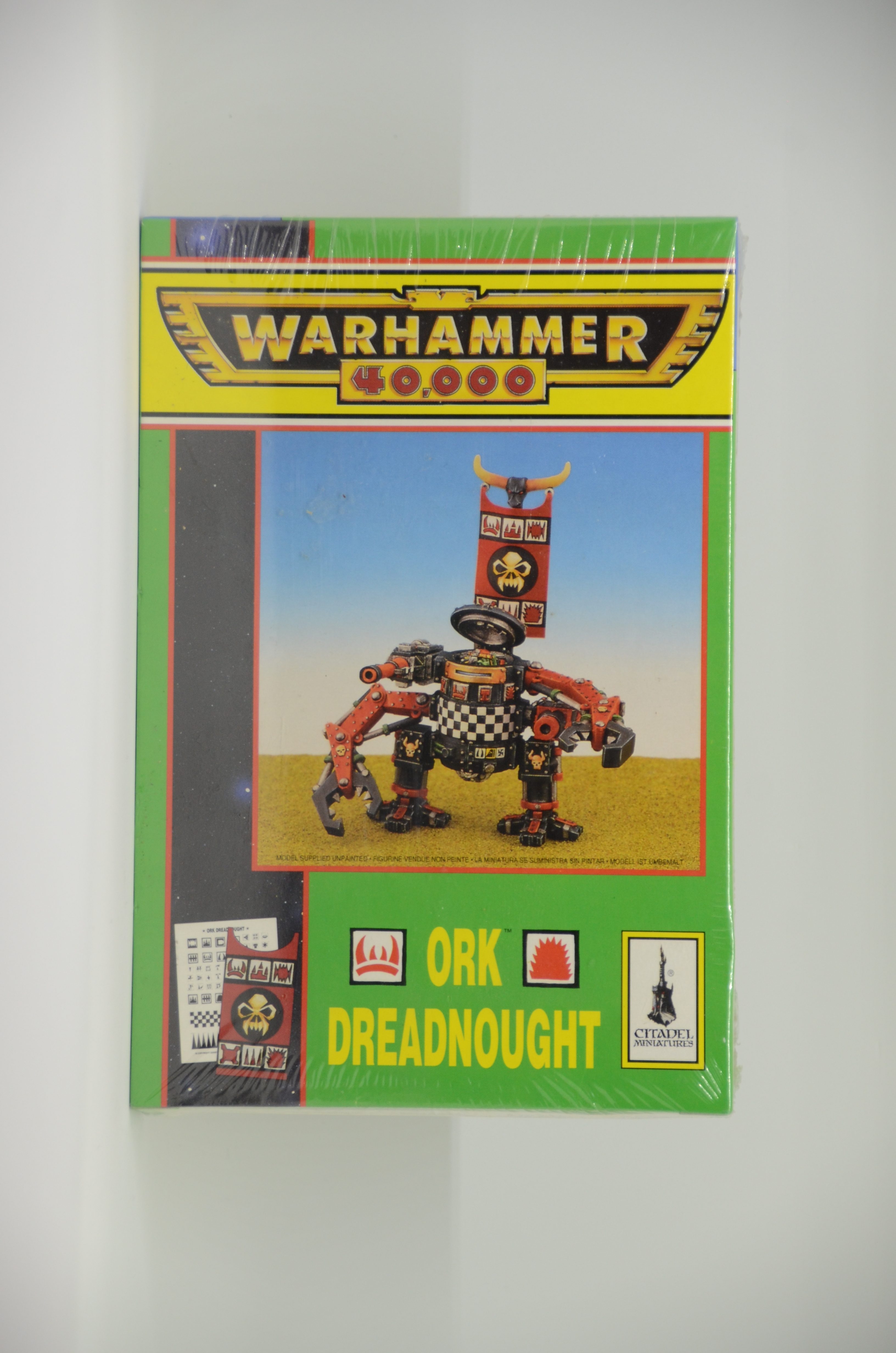 Deff Dreads (Death Dreadnoughts) are Orkish walking war machines, belching smoke as they charge across the battlefield. Because, in a similar way to Space Marine Dreadnoughts, a Deff Dread’s pilot must be permanently wired into the machine, Deff Dreads require the skills of both a Mekboy and a Painboy to construct. Orks often volunteer to be wired into Dreads because it will in effect turn him into a massive, powerful and destructive machine.[1]

This integration makes the machine very deadly, for these orky machines can move as if they were the pilot’s own body. Ork Deff Dreads are loud, stompy and shooty, three things that symbolize Ork warfare and culture. Deff Dreads are normally armed with two huge pincers or saws and two big shootas, rokkit launchas, skorchas or Kustom Mega-Blastas.[1]