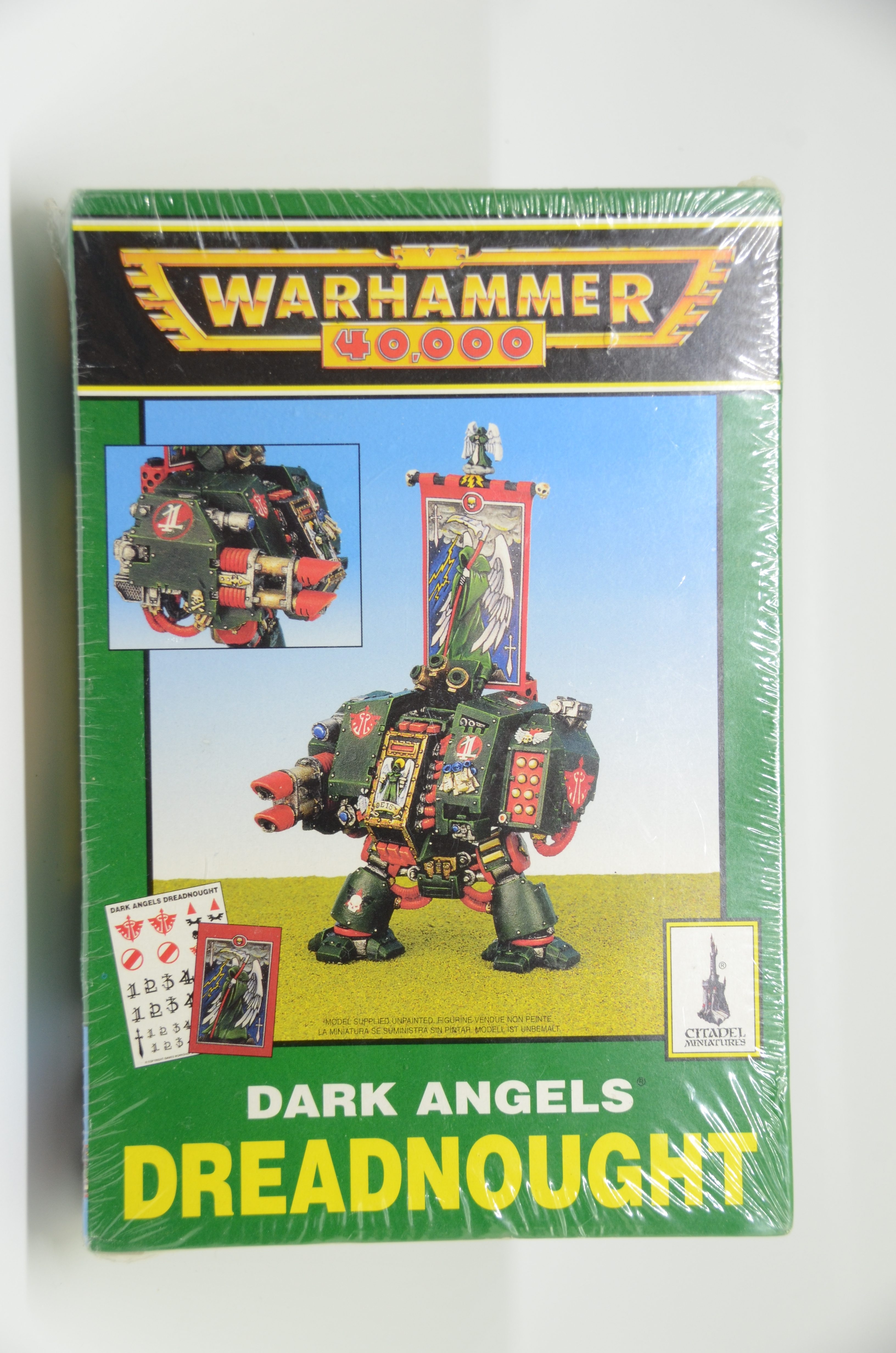 View basket “Space Elf Scout” has been added to your basket.

A Space Marine Dreadnought is a large, walking tank which carries both powerful guns and lethal close combat weaponry, armoured to withstand all but the most powerful of enemy firepower and often relied on by Space Marine forces to tear an opening in enemy defenses. Each Dreadnought contains a living being, permanently interfaced with the machine through a form of Mind Impulse Unit. Dreadnoughts are surprisingly agile, able to walk and balance with the ease of a living creature.[Needs Citation] It is said that old proto-Dreadnoughts of the Unification wars could be piloted by non-Adeptus Astartes warriors, but later only Space Marines could be inherited in them.[2d]

The pilots within Dreadnoughts are Marines who have suffered mortal wounds in battle, maimed and crippled beyond recovery – instead of being mercifully killed, the greatest heroes are instead given what is considered the honour of continuing to serve the Emperor past their normal life. Once interred within the Dreadnought, the Marine cannot leave the metal womb and is destined for a life of endless battle until destroyed. Some are so ancient their memories may extend back to the founding of their chapter and its earliest history. For this reason they are revered not just as powerful warriors but also as ageless forebears and living embodiments of battles fought long ago. If a dreadnought is destroyed, the Space Marines will fight to retrieve the armoured shell so that the occupant can be returned to the chapter’s mausoleum for his long-deserved final rest.[5]

Dreadnought machines themselves are ancient, the oldest dating back tens of thousands of years to the Age of Strife. Because the art of constructing them has been almost lost, Dreadnoughts are revered as rare machines, though the most revered specialists still dare to construct ‘new’ Dreadnoughts.[2a]

Dreadnoughts are armoured with ceramite and adamantium, their muscles are formed of electro-fibre bundles and magna-coils.[1] They are usually armed with weapons to suit a particular role, such as destroying other heavy armoured vehicles.[Needs Citation]

Although a Dreadnought can be damaged and disabled, it can survive unless the actual armoured tomb containing the occupant’s form is destroyed.[2a] When not fighting, the Chapter’s Techmarines will allow the fallen heroes to sleep away the centuries[3a][9], sealed in stasis vaults[2a], until once more they are called to battle.[3a][9] Usually Dreadnoiughts waked from their slumber only in time of great need or when their advice is needed for some special missions.[2a]

All Dreadnoughts contains speakers and the warrior within can communicate with other Space Marines. The synthesized, crackling voice emanates from within the machine, making a conversation with a Dreadnought in eerie experience. Also traditionally every Dreadnought bear a scroll with the inscribed name of the hero on it. When the new warrior is interred as a pilot, Dreadnought will take a new name.[2a]